Whether you’ve been drinking Scotch for years or have yet to enjoy your first dram, it’s always fun to learn a bit more. Over the years, I have been building up a taste for Scotch. When I visited Scotland, I took a Master Class and learned a lot. I thought you might also enjoy a little “scotch for beginners” lesson. If you want in-depth facts about Scotch, check out the Scotch Whisky Regulations. Even if you’re a Scotch connoisseur, you might not have enjoyed any Scotch cocktails. For purists, it may seem absurd to enjoy Scotch in any way but neat. However, I’ve included a couple of solid Scotch cocktail recipes that I think any fan would enjoy. The cocktails provide a different exploration of the flavors found in this special spirit.

Scotch, like bourbon, is a type of whiskey. When talking about Scotch, the extra ‘e’ in whiskey is not acceptable. It’s simply, Scotch whisky. Now that we have that out of the way, what is Scotch? As the name may imply, it must be made at a distillery in Scotland. Originally, all Scotch was made from malted barley and water. In modern time, distillers have started to add other whole grains like rye and wheat. The whisky must be aged in oak casks for at least three years. Nothing can be added to the Scotch except water and plain caramel coloring. Scotch must have an ABV of no less than 40%. The earliest recorded Scotch distillery dates back to 1494. As with so many spirits with deep, rich history, this information is meant to provide a basic understanding. To learn more, I would highly recommend this book and/or this documentary.

Not to be too confusing, but there are two types of Scotch but five kinds in total. The two types are fairly easy to distinguish from one another:

As for the five kinds of Scotch whisky, they are the two I just mentioned, along with:

Perhaps the most distinctive trait about Scotch is the flavor. While some might call it a “smokey whiskey,” that’s about as accurate as calling mezcal a “smokey tequila.” It is so much more complex than that. You might also think, after reading about the types of Scotch, that there isn’t much to something that is mostly water and a grain or two. But, you’d be wrong and here’s why. While there are two main ingredients, they are very special to the place they come from and the methods that are used. The water that is used to distill Scotch whisky comes from mostly coastal places with high salt content in the soil. This is imparted into the Scotch, giving it a lightly salty, briny, and/or seaweed flavor. As for the grains, many distillers use peat to dry the barley. This adds a very distinctive flavor to the final product.

Before you start making Scotch cocktails, I suggest you taste a couple on their own. Then try mixing it with something like soda water or ginger beer. It’s just another fun way to open up the spirit, while adding a little carbonation. Some people really like as much of the flavor as they can get from the Scotch and stick to drinking it neat. Some add a splash of still water. However you sip it is up to you. If you want to delve further into Scotch cocktails, here are three great recipes to start with.

Similar to a Manhattan, but with Scotch as the base spirit, the Rob Roy is a classic. Invented in 1894 by a bartender at the Waldorf Astoria, this is one of my favorite Scotch cocktails. It’s simple to make and balanced in flavor. The recipe calls for a blended Scotch, but you could easily use a single malt and it would also be delicious. Finally, if you plan on ordering a Rob Roy, there are actually three ways to do so. The standard version is listed here. You can also ask for it “dry”, which calls for dry vermouth in place of sweet, or “perfect” meaning a 50/50 split of sweet and dry vermouth. 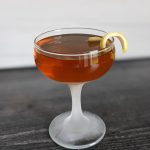 Often called the pre-cursor to the Moscow Mule, the Mamie Taylor is a simple but delicious drink. It is named after a musical actress, Mayme Taylor, from the late 19th century. Although the drink’s name translated into a misspelled version of the singer’s name, it stayed popular into the 1900s. In fact, rumor has it that it was so popular, bartenders tired of making it and hiked up the price to discourage people from ordering it. The drink is sometimes made with lemon juice, or just lemon peel, and is then closer to a highball. However you make it, you’re sure to enjoy sipping on this ginger treat. 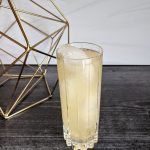 While you likely won’t find this on a cocktail menu, but you should! Grapefruit is another great flavor to go along with the peated, smokey flavors of Scotch. Many Paloma recipes also call for a little bit of salt to bring out the flavors in the drink, but Scotch has that naturally. 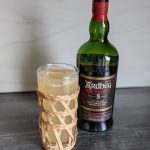 And there you have a lesson on Scotch and some Scotch cocktails to enjoy. If you’d like to see inside the Scotch Whisky Experience, check out this post. Cheers!